Flowers by Sylvia provide a unique Flower Delivery Enniskillen service. As a leading flower shop in Enniskillen, we are more than happy to help. 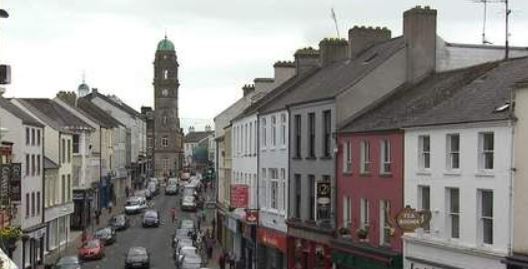 Over the years Enniskillen has been home to a number of famous writers and playwrights. Amongst the notable of these is Samuel Beckett. Beckett was a novelist, playwright, and poet who spent most of his later years living in Paris. In his younger years, he attended Portora Royal School in Enniskillen from 1919 to 1920. Since August 2012, Enniskillen has played host to the “Happy Days Enniskillen International Beckett Festival” and celebrates the life and work of Beckett. For more information on the festival see the Happy Days event website.

Oscar Wilde, another famous poet, and playwright also attended Portora during his formative years from 1864 to 1871. He too is celebrated in an Enniskillen festival called the “Wilde Weekend”.

On the big screen, some famous actors & actresses have connections to Enniskillen. For example Adrian Dunbar, Claire Falconer, and Ciarán McMenamin.

Footballers from Enniskillen that you may have heard of include: